Teething Isn't Just for Babies: How You Might Soon Be Able to Regrow Your Teeth

If you should lose a tooth due to accident or decay, there are already some remarkable options for replacing it. Places like Collins Dental Image are already offering natural and innovative treatments. You can have a metal abutment implanted into your jaw where it will stay for several months as the tissue in your jaw grows around it, making it as stable as a natural tooth. A prosthetic tooth is then attached to the abutment, and the end result looks entirely natural. If the tooth is only partially broken, your dentist can attach a crown over the existing tooth, which also looks entirely natural. These artificial teeth last for decades without needing to be replaced, and only you and your dentist will know it's there. In the future, such implants and coverings might become obsolete, or at least will be used less regularly. It's remarkable to think that soon it might actually be possible to regrow your teeth.

Stem cell research is often viewed as a controversial field, with some believing that taking these cells from the umbilical cord is unethical. Stem cells exist all over your body, and are more or less neutral, meaning they can be manipulated into a component your body might need. In terms of regrowing teeth, stem cells that already exist in your body would be used - no external source of these cells would be involved.

Of Rats and Men

Thus far, the regrowing of teeth has only taken place in rats, but all signs point to the fact that it would also be successful in humans. A research team at Harvard University have regrown rat teeth, and some experiments on donated human dental tissue show that the method would work in an actual human mouth.

The process is remarkably straightforward. A minor incision is needed to expose the necessary area where the stem cells need to be stimulated. The stimulation comes courtesy of a low power laser, the frequency of which essentially sends a signal to the cells to become a tooth. The laser basically takes these neutral cells and assigns a function to them. The jaw then slowly grows a tooth that would be an exact replacement of the missing tooth.

One of the most interesting aspects of this potential method for tooth replacement is how straightforward it could be, once the technology has been refined. An anesthetic would be utilised for the incision, and the low power laser would be painless. There would be some discomfort as the tooth makes its way up through your gum, but that would be as bad as it gets. You would basically be teething again! However, unlike when you were a baby, this time you can make use of painkillers.

So while the ability to regrow teeth is not quite here yet, the technology does exist. Just think: in some years a broken tooth will hardly be an issue. It'll just take a quick zap with a laser and you'll simply grow a new one. 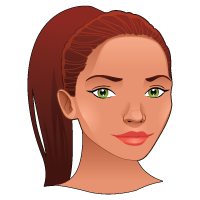 I am a senior who recently began wearing dentures, and before I got them, I spent a lot of time researching types of dentures and alternatives. Now, that I have my dentures and my research is complete, I need something new to fill my time. So, I decided to create a blog. "Why not put what I learned to use?" I thought. In this blog, I hope to share facts and figures about dentures and offer a little friendly advice along the way. Learn how many other Australians wear dentures, explore alternatives to dentures and figure out which options are best for you. Thanks for reading!